A poem (or more) will be offered by the hour or with the day and at the very least once a week. So stay on your webbed toes. The aim is to share good hearty-to-eat poetry. This is a birdhouse size file from the larger Longhouse which has been publishing from backwoods Vermont since 1971 books, hundreds of foldout booklets, postcards, sheafs, CD, landscape art, street readings, web publication, and notes left for the milkman. Established by Bob & Susan Arnold for your pleasure. 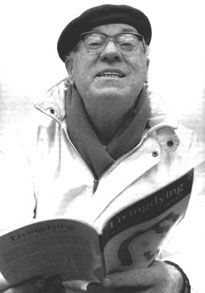 Listen! to Cid Corman recordings from the PennSound Center for Programs in Contemporary Writing - 28 anthologized by PennSound 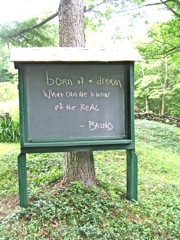 "With chalk in hand, Back Road Chalkies is a landscape anthology I selected and gathered up over one year from 2007-2008. The chalkboard stanchion took a day to build and move on a wheelbarrow to its perch. Built from old lumber..." 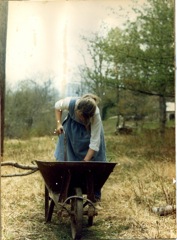 Bob Arnold's
CAMP I.V.
[complete ]
extracts from letters all to close friends
concerning a loved one

"Susan has acute Lyme disease. Blood work will take two weeks, but everyone I took her to yesterday in the hospital said she had it. Mostso, the two women working in the tissue department of the blood lab. Their door was open, I tapped hello, and they turned and stared at the two of us..."

Reviews written by Bob Arnold and published in magazines, books and our Longhouse journals - we are enthusiastic in sharing and generating sources for related interests. (pre-2002)

As an act of goodwill and for poetry - Longhouse will be sending out complete publications - online - of one poet we have published in booklet form for everyone to share. It's a way of giving back to many of you who have sent to us poems, letters, purchases and the same goodwill over the years. The series will fly in under the banner of our Woodburners We Recommend. It should also be felt as a certain warmth in memory of our close friend and long time working companion Cid Corman. Each monthly booklet will also be available for purchase from Longhouse. Issued in a very limited keepsake edition of 50 copies. Some signed copies will also be available. For those readers that travel back as far as 1972 when Longhouse began, you know poetry was released like bandits by the day, by the week, by the month, and always free. We have never taken on grants and meant poetry to be seen & heard & on poetry terms. For the years 2004-7, and within the universal cyber cosmos, we would like to share a dozen poets with you....and only ask that you share them 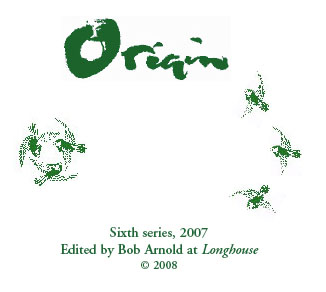 Report From the Field :

George Evans ~ Only The Naked Shall Fly

Longhouse celebrates Cid Corman: The Next One Thousand Years

An Interview with Stephen-Paul Martin by Kirpal Gordon

Gaps in the System/Erasing the Separation: A Conversation on Stephen-Paul Martin's Fiction by Vernon Frazer & Kirpal Gordon

Friends of Longhouse - Links we recommend and sites we love :

Gerald Hausman is author and storyteller of both adult and children's books. He makes school visits for storytelling in your area. His books have received many awards in the category of Native America, Mythology, and West Indian culture
Plus a visit with Bob & Susan Arnold & more at Gerald Hausman's blog 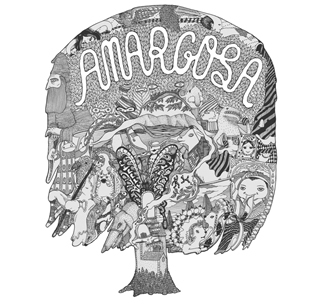 The Perpetual Bird by Joseph Hutchison

Ruminations, intimations, protestations, and proclamations on the subject of poetry in the broadest sense

THE END OF ORIGIN
A TRIBUTE TO
CID CORMAN

INTRODUCTION - For many artists there stands an iconic figure that embodies the fruition of our own dreams and goals, a person who exemplifies our best intentions to lead a creative and meaningful life. In many ways, this is how I came to view Cid Corman over the years after meeting him in 1995, in Boulder, Colorado. The more I would come to know Cid, through his life story and his writing, the more I would find him to be the kind of man I hoped I would be someday ­ prolific in his art, contemplative, connected, happy.

Through the Music Gallery (art and more) now on the web
A visit with Louise Landes Levi. Please link to Jacqueline Gens' Poetrymind for the visit & more

Published by Longhouse (with two titles and in the Origin Sixth Series as well), go and visit Cralan Kelder at his site : AUTHOR | POEMS | PUBLICATIONS | VERSAL | PERFORMANCES | DIARY | PHOTOS

Visit Mark Kuniya's Country Valley Press - gorgeous Japanese style sewn wrap publications & broadsides. Fall 2006 Titles by John Martone and Scott Watson.
For wonderful connecting energy & truly handsome book productions ~ Jeff Bryan & Cirrelda Snider-Bryan's La Alameda Press: "HISTORY -- La Alameda Press began on a kitchen table with the production of Kate Horsley's novel Crazy Woman in 1992 and we are still at it. Perhaps it would be more accurate to classify us as a micro-press since we operate out of our house by the skin of our teeth. We try to make beautiful books of artistic and cultural merit. Many, but not all, of our titles are poetry because we believe poetry is an essential artform in all of its sincerity, various passions, experimentalism, and wisdom." Also their links page, poetry & more!

Check out the clean-lined site for Coyote's Journal - A bibliography of all Coyote Books titles, both in and out of print, with cover images, selected extracts/blurbs, and prices of available books. Between James Koller and Maggie Brown this publication has been prowling since 1964. That's the year The Beatles hit America. Bob Dylan would record "Desolation Row" the following year. (~ from Woodburners by Bob Arnold)

Big Bridge - Editor: Michael Rothenberg. Truly a huge webzine "of poetry and everything else".

John Martone's tel-let : "tel-let began in 1987 as an extension of correspondence among poets. Over 100 numbers have appeared, originally in a simple 8.5/11 side-stapled format. During these fifteen years, the range of formats has grown, but the impulse has remained to provide a meeting place for exiles ..."
Two new web sites from Thomas A. Clark and Laurie Clark in Scotland : www.thomasaclark.co.uk & www.cairneditions.co.uk
Tony Frazer's Shearsman : "To welcome you into 2006, the Shearsman website has undergone an almost-complete overhaul ..." And a very handsome site at that!

A weblog focused on contemporary poetry and poetics by Ron Silliman ~ day in, day out ....

Rivendell Literary Arts Journal - online selections from its current Winter 2002/3 issue edited by Sebastian Matthews - " .. Each issue of RIVENDELL will focus on a specific place out of which art is made and enjoyed: a geographic location, a community, a shared sensibility. Twice a year, we will gather together poetry, fiction, creative nonfiction, original artwork, and criticism from this region to create an exciting "multilingual" conversation. RIVENDELL is also proud to introduce a new genre: "dispatches." Part prose poem, part short short, these "reports from the front lines of everyday life" will add an eclectic, quirky, unexpected element to the mix... " (Sebastian Matthews, Rivendell)

Gerard Malanga - "Gerard Malanga, poet, photographer and filmmaker, worked closely with Andy Warhol during the artist's most creative period in the mid-Sixties. His several books of poetry, ranging from chic death (1971) to Mythologies of the Heart (1996), have earned him worldwide recognition..." read on at this site ....

OYSTER BOY REVIEW- Print and Online Journal of Fiction and Poetry
The Jargon Society
The Writers Almanac - "The Writer's Almanac is produced by Minnesota Public Radio and distributed to radio audiences by Public Radio"
Great Poets and Writers - many, many literary connections
Light & Dust - excellent site on poetry gathered by Karl Young including many literary links and source
The Poetry Project (St. Mark's Church)

Please LET US KNOW of any poetry and literary site so that we may share them!
Home / About Longhouse / Books for Sale / Contact Us/To Order / Write Us